From the imperial period to the second World War

In the first half of the 19th century, Johannes Maute brought the first circular loop wheel machines to Ebingen. With him began the production of hose-like work, of tubular warp-knitted fabric.

With governmental support, modern, affordable machines were now available. The French designers Honoré Frédéric Fouquet and Charles Terrot had set up factories in Württemberg at the instigation of the ‘Central Office for Trade and Trade’, in which circular loop wheel machines were produced.

“Jersey weavers often ‘drilled’ 18 hours a day. With iron diligence and rigorous thrift, capital could be earned for new investments. The fact that it took until the 1880s before the first steam engine for a mechanical jersey factory could be installed shows how arduous the ascent to the jersey industry was. But then a boom set in. In 1890, Tailfingen counted only one factory among 124 jersey-making shops, so by the end of the century there were 10 and in 1913 already 25 jersey factories.” (From “Menschen, Maschen und Maschinen“, Stadt Albstadt (Publisher), edited by Susanne Goebel, 1996)

The company deals with the repair of circular loop wheel machines, distribution and repair of sewing machines, bicycles and drives of machines. 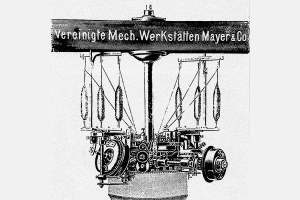 Already in February 1906, a good six months after the company was founded, the United Mechanical Workshops Mayer & Cie delivers. their first self-produced round chair to Christian Schöller. 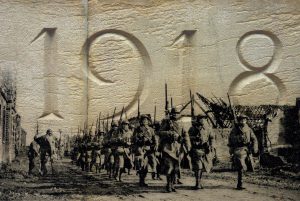 Johannes Mayer and 14 employees are drafted into military service. After that, rebuilding the company with extremely modest resources. 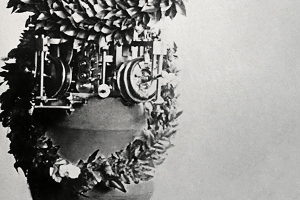 The first circular chair is exported to Romania. The following year 40 loop wheel machines will be delivered to England. 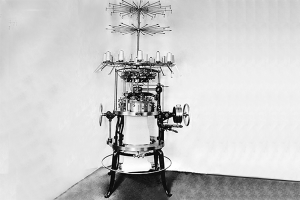 After Emil Mayer joined the company as managing director in 1934, it is decided to develop of circular knitting machines. 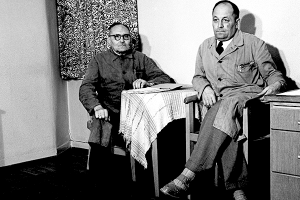 Johannes and his son Emil Mayer take over all the shares of the company and thus become sole owners. Change of name to Mayer & Cie. Maschinenfabrik. engineering works. 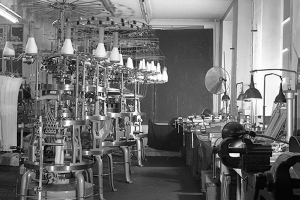 After four years of development, Mayer & Cie. has designed its first own circular knitting machine that is up to the international standard and is therefore ready for series production. First patents are filed. 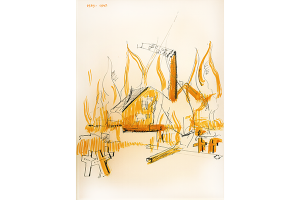 At the outbreak of the Second World War, 90 employees work at the company and about 3,000 precision circular loop wheel machines have been produced and delivered by then.

Manage cookie consent
In order to offer you the best experience, we use technologies such as cookies to store and / or access device information. If you agree to these technologies, we can process data such as surfing behavior or unique IDs on this website. If you do not give or withdraw your consent, certain features and functions may be impaired.
Manage options Manage third parties Manage vendors Read more about these purposes
view settings
{title} {title} {title}