Germany’s VDMA engineering association regularly arranges business development tours for its members. The latest one took German textile machinery manufacturers to Ethiopia. For years, the country on the Horn of Africa has been rated as a land of opportunity for the textile, clothing and leather industry. The reasons are its low labour and electricity costs, the support that the Ethiopian government provides and the country’s spatial proximity to the EU market.

Mayer & Cie. regional sales manager Stefan Bühler went on the mid-February 2020 five-day VDMA tour, but for MCT it was not new territory. There are around 60 machines with the green MCT logo in Ethiopia. Most of these circular knitting machines are Relanit 3.2 IIs, the predecessor of the Relanit 3.2 HS. “Genuine cotton specialists with which knitters achieve top results even when different yarn qualities are used,” says sales manager Bühler. The Relanit machines found their way there six years ago, so it was high time to pay Ethiopia another visit.

“Ethiopia will sooner or later be the new Bangladesh”

“Investors from India, China and Bangladesh have set up in Ethiopia large industrial parks that operate more or less independently. Up to several thousand people work in each of them,” Bühler says. These factories mostly manufacture off-the-peg garments due mainly to the labour-intensive work steps costing much less in Ethiopia than in Asia because wage levels are low. But textile machinery manufacturers need to wait and see. “For knitting mills to establish themselves, the other links in the textile chain must also be in place, especially spinning mills and equipment suppliers,” says Mayer & Cie.’s Bühler. That will take at least another five years in his opinion. Improvements in infrastructure will also be required, if high-tech machinery is to be transported safely.

An encouraging factor for circular knitting manufacturer Mayer & Cie. is that major Asian investors are ordering high-quality new machines for their Ethiopian industry parks. “A colleague who came with us and works in the sewing machine sector has already benefited from this approach,” Bühler says with a smile. Another point in Mayer & Cie.’s favour is the company’s good business relations with the investors’ home countries. One of the largest industry park operators in Ethiopia is a longstanding Mayer & Cie. customer.

That is why sales manager Bühler sounds such a confident note in his assessment: “Patience may still be required of us textile machinery manufacturers but in our opinion Ethiopia will sooner or later become the new Bangladesh.” 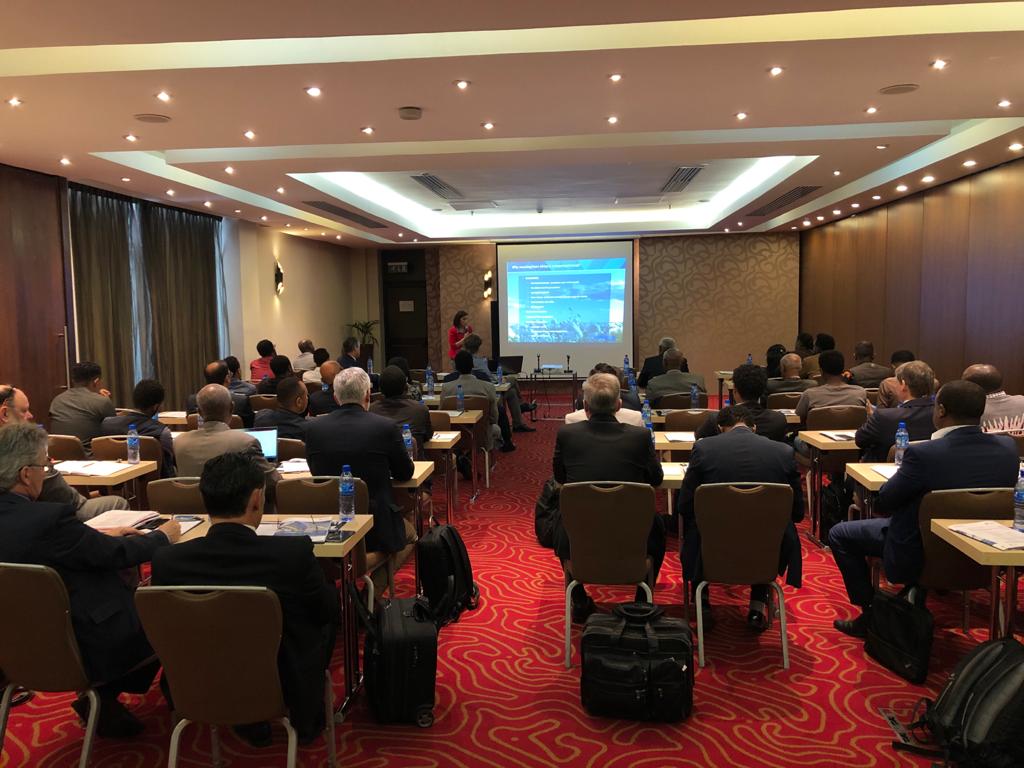